The Reality of Social Media: #ConsumerEngagement 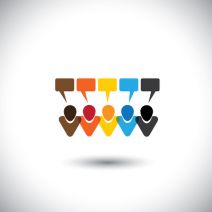 Regardless of how much interaction you get on your company’s social media pages, you want more. You want to be like one of those big corporations that get a ton of hits and likes. But did you know that not even major corporations get a lot of views?

That’s right; only about one percent of all viewers ever comment or like something that they have watched or read on YouTube, Facebook, or other social media outlets. This might sound awful, but honestly, one percent is pretty good in terms of audience engagement. A report from AdAge concluded that the engagement rate of the top 200 Facebook brands was 1.4 percent, and similar results were found for Twitter.

It almost seems unreal, but if you look at popular videos on YouTube, the numbers speak for themselves. Viral and extremely popular videos clock in at around five percent of viewers commenting or liking it. Suddenly, one percent doesn’t seem that bad. The only reason that major brands have so many views is because they are paying to have their content marketed to a huge audience.

Be Thankful for That Three Percent

According to Inc., “Business owners and marketers shouldn't be too worried if their engagement rate is near one or two percent, and they should be thankful when the rate is greater than three percent.”

It has nothing to do with how many people do or don’t enjoy your content. The hard truth about social media is that people generally don’t want to make the effort to interact with your posts. Think about it like a newspaper. Sure, people will read what’s published, but very few readers will take the time to write a letter to the editor about a particularly good story.

Social media makes consuming content much easier, but ease of consumption doesn’t necessarily equate out to more invested customers. It does, however, make marketing your content to the masses much easier, and the more people who see it, the higher the chance that someone will reach out to you and thank you for sharing your thoughts (or, in this day and age, jump down your throat about a controversial topic). 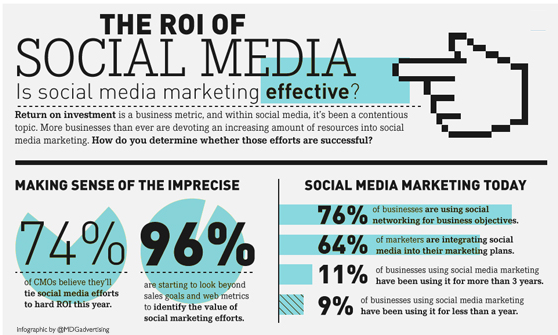 Social media outlets that use a mixture of content and other mediums to advertise were found to be unsurprisingly effective, especially on Facebook. You might notice that images followed by a caption tend to get more likes than a status with no image. The same goes for a video. This has proven to be true for Twitter, as well. An analysis by Webmarketingpros.com shows some statistics concerning the nature of retweets in addition to other interaction posts received:

The facts speak for themselves; by mixing high quality content with other forms of presentation, such as images and videos, you’ll get the best consumer response that you can.

Don’t get discouraged by low engagement rates. Remember that quality content is what will win over your audience. Without a doubt, marketing and customer engagement are important to your success as a business, but you shouldn’t expect too much social media interaction from consumers.

It ultimately comes down to a customer taking that extra step, and many aren't willing to do so. That doesn’t mean that they don’t enjoy the content or find it valuable. It just means that you should take your engagement rates with a grain of salt and not prioritize high social media numbers. Instead, focus on delivering quality responses when a user actually decides to comment or like a status.

Posted by Pedro Nunez on Friday, 20 March 2015 in Miscellaneous